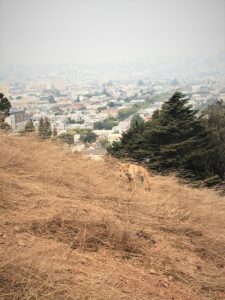 As human populations expand and encroach on wildlands, studying human-wildlife interactions has become increasingly imperative. Over the last few decades, humans and animals have begun to co-occur in high densities in urban areas. Although urbanization often leads to the decline and local extinction of some species, others have quickly adapted to and thrive in urban environments. 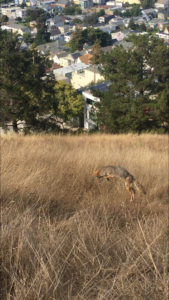 Coyotes (Canis latrans) are among the most conspicuous carnivores in urban areas and occupy most major metropolitan areas in the United States. The ubiquity of coyotes across metropolitan areas has coincided with an increasing number of reports of human-coyote conflict, making coyotes a useful species for studying the adaptation of wildlife to urban systems. 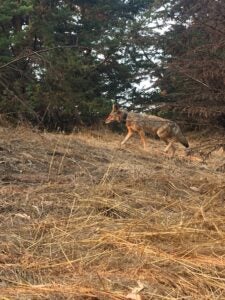 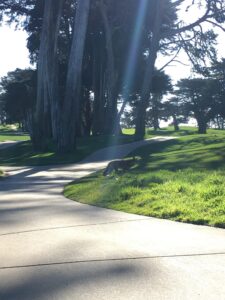 More specifically, we aim to construct a pedigree of the San Francisco population and use this information to study ecological differences at the individual level. Genomic tools can reveal individual identities, familial relations, and dietary variation non-invasively by using fecal DNA from coyote scat collected throughout the city. We also hope to use coyote scat and hair to look at physiological metrics such as stress, reproductive profiles, and microbiomes of coyotes across the urban landscape. Additionally, genomic data can also be used to generate better estimates of population size, genetic diversity, gene flow, and genomic differentiation. We hope that the results of this research will yield insights for wildlife managers working to enhance urban biodiversity and mitigate human-coyote conflict in urban areas.