We are partnering with the California Department of Fish & Wildlife and the Rocky Mountain Elk Foundation to develop a method to reliably and more frequently estimate tule elk (Cervus canadensis nannodes) abundance and other population parameters using fecal DNA-based approaches. We are modifying field protocol from our lab’s previous research on California mule deer (Odocoileus hemionus californicus) and adapting the sampling scheme specifically for the life history of elk (specifically, spatial and temporal gregariousness and greater home range size). Fecal DNA is a noninvasive method to reliably estimate population abundance, sex ratios, familial relationships, and genetic variation. Additionally, we will investigate gene flow which, in combination with independent spatial data from GPS-collared elk, will reveal spatial movement and herd connectivity. The results of this research will yield insight for wildlife biologists to make well-informed wildlife and habitat management decisions that will promote the persistence of tule elk populations. 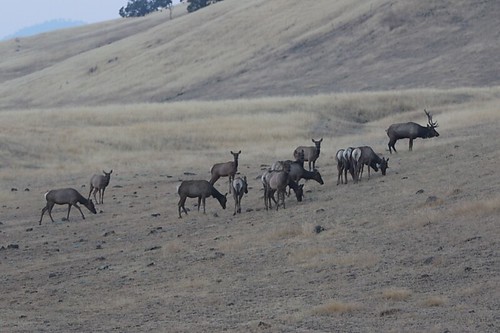 A bull tule elk guards his harem during the rut. Tule elk participate in a polygamous mating system, where dominant males control and defend cows from being bred by other males.

A BRIEF HISTORY OF TULE ELK IN CALIFORNIA

The tule elk is a native subspecies found only in California. It is the only race of elk tolerant of desert conditions, possessing smaller body size and lighter pelage compared to other elk subspecies. In pre-European conditions, tule elk were very abundant – numbering nearly half a million head – and could be found from the Sierra Nevada foothills west to the Pacific coast, north from Shasta County down to Kern County in Southern California.

The 1800s saw an increase in European settlement, particularly after the discovery of gold at Sutter’s Mill in 1848. With this flood of settlers came a rapid decline in the elk population, which can be attributed to four main causes:

Tule elk numbers diminished to less than ten animals; recent genetic evidence suggests a total of three elk were all that remained, one male and two females or vice versa. The tule elk likely would have gone extinct if it weren’t for the protection of a private rancher, Henry Miller. A pair of elk were found by a local game warden on the Miller & Lux ranch taking refuge in tule patches, giving rise to the contemporary common name (beforehand, tule elk were generally known as Valley elk, California elk, or dwarf elk). Under Millers’ directions, tule elk were left alone and allowed to breed on his property.

Eventually, elk increased and began causing damage to the ranch. In the early 1900s Miller requested the state Fish & Game Commission remove some of the elk from his property. Thus began the early era of translocations and reintroductions of tule elk to historical range (and some novel range) through the 1930s. After this period a more hands-off approach of tule elk management took place over the next 50 years or so. Translocation intensity again increased during the 1970s and 1980s after federal legislation was enacted to promote the increase of tule elk herds in historical range across California.

A BLM information kiosk displays tule elk history on public land near the junction of state highways 16 and 20.

Elk are notorious for inhabiting rough country; tule elk are no different. These three elk herds occur over approximately 9,000 sq km, characterized by rugged peaks and valleys of blue oak, annual and perennial grasslands, and mixed chaparral, among other habitat types. This type of landscape is not conducive to visual-based ground surveys. Aerial surveys can be useful in generating a population index, but can still be visually limited by canopy cover and fairly expensive to regularly implement. Our solution is to count elk by collecting fecal pellets in the field for DNA extraction in the lab. 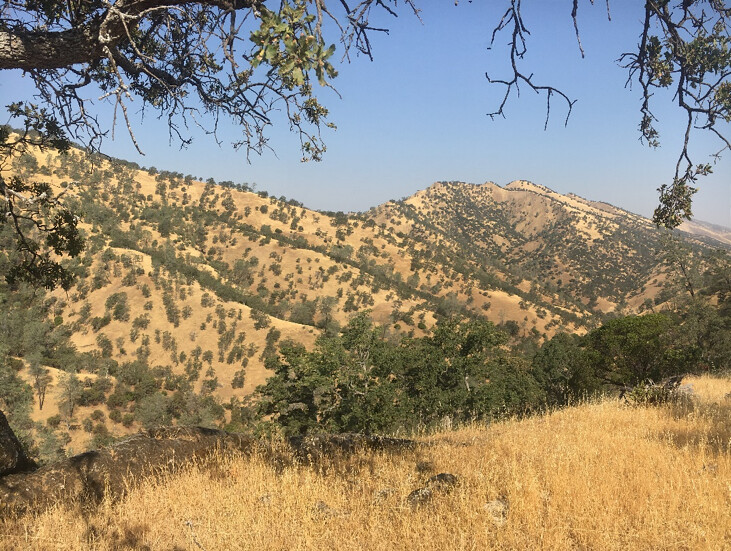 The first step toward collecting fecal pellets is finding where elk are likely to occur. We created a habitat occupancy model using MaxEnt to inform our field sampling efforts, then dichotomized the model into predicted presence and predicted absence cells. This is an efficient way to allocate field sampling efforts in a time- and cost-effective way to verify the model. Researchers are then able to enter the field and systematically search for and collect fecal pellets that will yield DNA, while reducing the overall size of the sampling area. 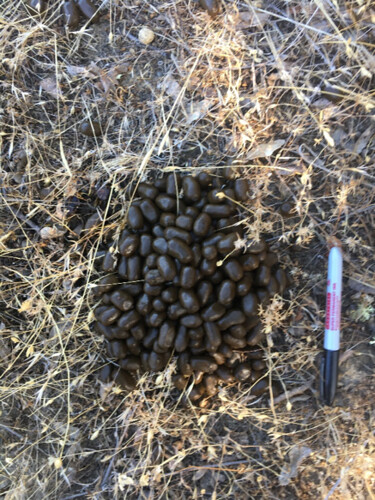 Brown gold! Our field crew jumps for joy when we find a fresh pile of elk pellets.

Fecal material that is passed through the digestive system collects epithelial cells containing DNA as it is moved along mucus membranes. Once deposited on the landscape, fecal material can be collected and DNA isolated by following a standardized lab protocol. We are then able to PCR and genotype each sample and begin to piece together information the elk leave behind.

Elk genetics: what does it mean?

Results from sampling fecal pellets will return several pieces of information that will be useful in making management decisions. First, we can get an estimate of total elk numbers as well as a bull:cow ratio. This information can then be used when determining the appropriate number of tags to allocate each hunt season, enabling wildlife managers to increase or decrease tags depending on the trend of the population in combination with other factors. This will ultimately allow for more suitable tag allocation that aligns better with a fluctuating population that may be impacted by unforeseen events (for example wildfire or disease). We can also investigate genetic distance among individuals, which will offer insight into what levels of gene flow exist –if any– across the three herds of interest. Determining the level of gene flow will have a great impact on future management decisions including determining utility of translocations as well as land acquisition and habitat management activities that will encourage elk use and movement across herds. 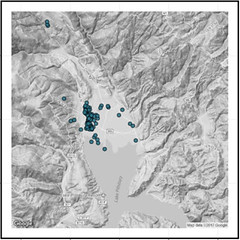 Monitoring elk movement
Currently we have 40+ elk fitted with GPS collars over the three study herds. These collars offer a glimpse into the daily lives of elk. Researchers are able to observe elk spatial use by simply logging onto a website where GPS data is downloaded from satellites and stored in a database. Information gathered from these collars are important towards informing biologists of habitat use, home range size, critical areas such as breeding and calving grounds, and for use as independent data to strengthen our predictive occurrence model. We are also interested in detecting movement between herds, as well as movement to any novel or unexpected areas within the study area with the hopes of learning more about the behavior and habitat preferences of this unique subspecies. 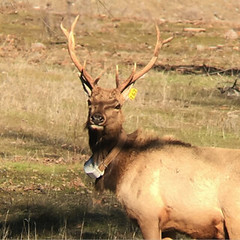 We thank our partners for their continuous support of our research: 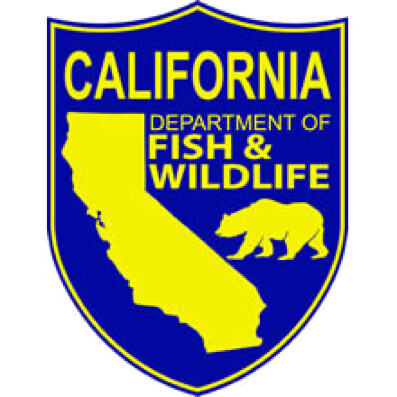