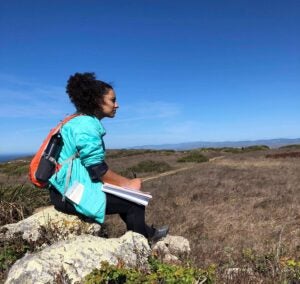 I am interested in the conservation and management of mammalian species using genetic and genomic tools in tandem with ecological principles. In particular, I am interested in the way that anthropogenic changes are affecting wildlife populations through urbanization and fragmentation. I completed my B.S. in 2016 at UC Davis, where I first became enthusiastic about the applications of wildlife genetics. Before joining the MECU, I worked as a Scientific Aid for the Division of Environmental Services at the California Department of Water Resources where I was part of a core set of scientists that were charged with maintaining environmental policy compliance within the Yolo Bypass for the California State Water Project. I hope to take my scientific research skills and one day implement them towards policy-oriented applications. 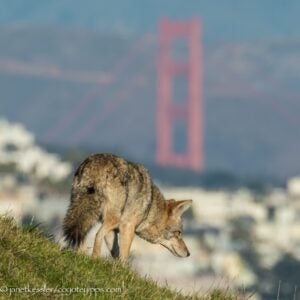 Current Research: My current research focuses on the recently established population of urban coyotes in San Francisco, California. I am applying non-invasive genetic and genomic tools to obtain a population size estimate and explore some of the potential genetic effects that living in an urban ecosystem has on this coyote population. I am interested and eager to disseminate this information to the public in order to better inform the management of this population and cohabitation with coyotes.