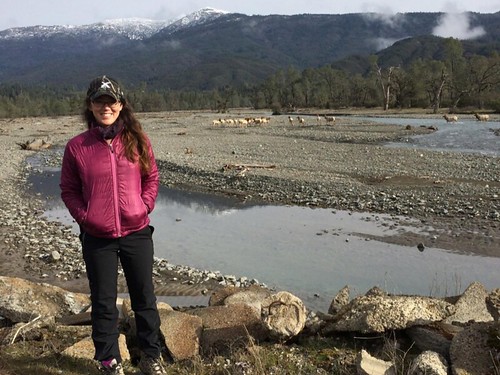 Research Interests: I am interested in the development of methods for efficient and effective monitoring of wildlife species for conservation and management purposes. I am particularly interested in the application of non-invasive sampling methods to help us understand the ecology of wildlife populations, as well as monitor their health and sustainability in fragmented habitats. These methods include genetic analysis of samples left in the environment and the use of camera traps.  Such methods can be used in conjunction with statistical models to estimate abundance and demographic parameters of populations, while their non-invasive nature allows us to minimize stress to wildlife that occurs during live capture and handling of animals.

Since coming to UC Davis in 2013, I have collaborated with the California Department of Fish and Wildlife (CDFW) on different projects involving the use of non-invasive sampling methods to estimate abundance and density of deer and elk populations. From 2013-2014, we used a non-invasive spatially-explicit capture-recapture (SCR) approach to estimate the abundance and density of a migratory herd of California mule deer (Odocoileus hemionus californicus) on their summer range in the El Dorado National Forest. We used fecal DNA to genotype and identify individuals with a multiplex panel of 10 microsatellites and a sex marker. This enabled us to estimate sex ratio as well, an important parameter for male-biased harvested populations. The goal of the study was to develop a recommended study design for use of such methods in CDFW projects throughout California. 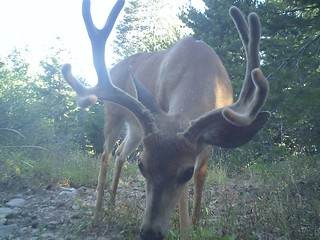 In 2014, we were able to use the data from the deer project as part of a natural experiment when the King Fire in Pollock Pines, CA burned a 390 km2 area directly adjacent to the study area and over large portions of the winter and migratory ranges of the herd under study. We collected samples immediately post-fire and 1 year after the fire to understand its effects on deer density and survival.

Current Research: In my current project, we are comparing the genetic SCR approach with camera trapping of unmarked individuals for estimating density of tule elk. In the Central Valley, CA, at the San Luis National Wildlife Refuge, 72 elk inhabit an enclosed area approximately 3.5 km2 in size. The known abundance of the elk in the enclosure gives us the opportunity to evaluate and compare the accuracy of both methods and the robustness of the methods to the group movement of elk. Our results will help managers to implement an effective study design for obtaining robust estimates of elk population abundances in California.